Panasonic has announced a new large-aperture wide-angle fixed focal length LUMIX S Series lens, the 24mm F1.8 (S-S24). Following the 50mm and 85mm models, it is the third addition to the planned series of four F1.8 large-aperture lenses based on the L-Mount system.

The LUMIX F1.8 lens series has a common positioning of controls for ease of use and a common barrel diameter that provides the convenience of using the same filters. Using lenses of a similar size, diameter, and centre of gravity also makes it easier to switch between them when an S Series camera is mounted on a gimbal, for example. A 35mm F1.8 large-aperture lens is also under development to further enhance the LUMIX S Series lens lineup.

The LUMIX S-S24 has a rugged dust/splash-resistant[i] design to withstand use under harsh environmental conditions down to a temperature of -10 degrees Celsius. At a compact 310g, it’s an ideal partner for LUMIX S Series full-frame mirrorless cameras such as the LUMIX S5. The versatile wide angle of view is suitable for situations from landscapes to travel photography.

The LUMIX S 24mm F1.8 is comprised of twelve lens elements in eleven groups including three aspherical lenses, three ED (Extra-Low Dispersion) lenses and one UED (Ultra Extra-Low Dispersion) lens. The use of three aspherical lenses achieves beautiful bokeh, a common advantage across the series, while the ED lenses and the UED lens suppress chromatic aberration. The filter diameter is 67 mm, with a 9-blade circular aperture diaphragm. The lens also excels in video recording performance with a mechanism that suppresses focus breathing. 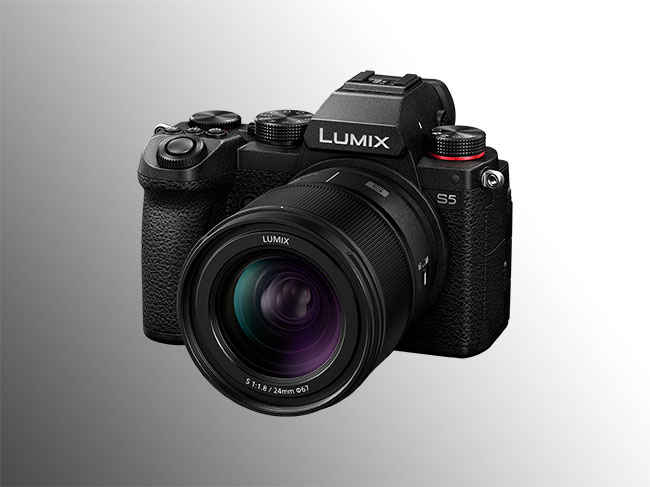 The S-S24 is compatible with the LUMIX sensor drive at 240 fps to take advantage of the high-speed, high-precision auto focusing. For the non-linear setting, focus is shifted with a variable amount according to the rotation speed of the focus ring; while for linear setting, focus is shifted with a designated amount according to the rotational quantum of the focus ring. Sensitivity (the amount of focus shift per rotational quantum) can be selected from 90 to 360 degrees by 30 degree increments.

The lens will be available in September 2021 from leading photographic specialists. The Panasonic and L-Mount system alliance is committed to the development of L-Mount lenses for the further expansion of its lineup, fulfilling the needs of customers.

[i]Dust and Splash Resistant does not guarantee that damage will not occur if this lens is subjected to direct contact with dust and water. To avoid damage when using the camera under these conditions, it must be used in accordance with associated instructions in the manual.