Panasonic has announced the release of its anticipated free firmware update for the LUMIX S1H full-frame mirrorless camera, further enhancing the camera’s performance for professional cinematographers. 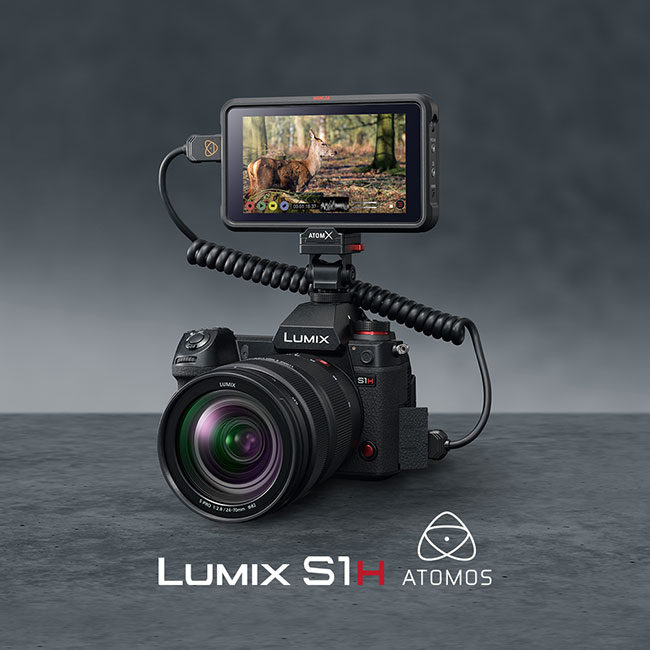 Working together with Atomos, a global company that creates video equipment for filmmakers, Panasonic’s new firmware enables the output of maximum 5.9K/29.97p and 4K[i]/59.94p RAW video data over HDMI to save it in the Apple ProRes RAW codec on the Atomos Ninja V 4K HDR monitor-recorder. In addition, the update also offers Super 35mm Anamorphic 4:3 in 3.5K resolution which is a standard for filmmakers in production.

The free firmware will be available at the LUMIX Global Customer Support website on May 25, 2020: https://av.jpn.support.panasonic.com/support/global/cs/dsc/.

Scott Mellish, Senior Product Marketing Manager, Imaging, Panasonic, said: “Our longstanding relationship with Atomos has allowed us to offer high quality uncompressed external recording on our GH Series cameras, including 4:2:2 10-bit 60p output. With this announcement of 5.9K over HDMI we continue to push the boundaries of what is possible in our LUMIX range, offering impressive image quality and giving users high flexibility RAW capture, in the efficient codec of ProRes RAW.”

“Filmmakers will appreciate the production and editing potential that ProRes RAW from the S1H will provide. We’ve also further improved S1H functionality for filmmakers and still photographers with capabilities such as down conversion for output over 4K on HDMI; improved noise reduction when shooting in V-Log for greater control over the image; and enhanced stabilisation when using adapted lenses.”