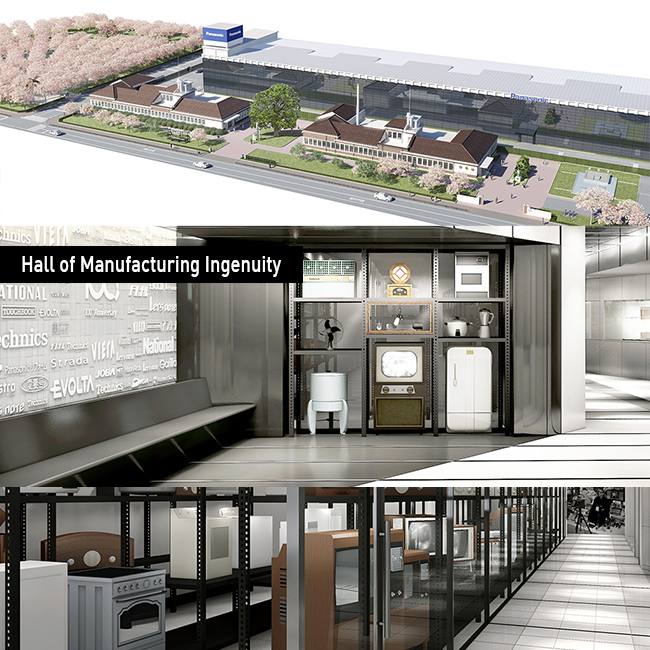 Panasonic Corporation celebrated the opening of the Panasonic Museum in Kadoma City, Osaka, on March 7 – on the same day in 1918 the company was founded as Matsushita Electric Housewares Manufacturing Works by legendary business leader Konosuke Matsushita. An opening ceremony was held in the Konosuke Matsushita Museum on the premises, with 40 people in attendance including such dignitaries as the mayors of Kadoma and neighboring Moriguchi City, as well as company associates and executives.

The Panasonic Museum consists of the Konosuke Matsushita Museum, the Hall of Manufacturing Ingenuity and the Sakura Hiroba, a garden with rows of sakura, or cherry trees, that was opened in April 2006. Adjacent to the Sakura Hiroba lies the former home of Mr. Matsushita, which the company plans to open to the public on a limited basis in the future.

The Konosuke Matsushita Museum, which was newly constructed, is a faithful reproduction of the company’s third head office building completed in 1933, with the same appearance and at exactly the same location as the old building. Here visitors will be guided through a path of exhibits that introduce them to the 94 years of the founder’s life, his thoughts on business and management philosophy.

The former Konosuke Matsushita Museum was renamed the Hall of Manufacturing Ingenuity after renovation. The building now houses around 150 home appliances, organized by category, that were carefully selected from among the Panasonic products offered in the past 100 years. Visitors can also trace the history of advertising by the company. Furthermore, a treasure house containing about 400 products that marked the company’s history will also be open for viewing.

Additionally, three modern works of art have been placed on the premises as monuments to commemorate the 100th anniversary, as well as symbolizing the future development of the company as it is stepping into the next 100 years.

The Panasonic Museum opened to the public on March 9, 2018. Going forward, Panasonic will enhance the permanent exhibits, while hosting field trip programs for children, who will lead the next generation, and workshops for the general public.

Panasonic Corporation is a worldwide leader in the development of diverse electronics technologies and solutions for customers in the consumer electronics, housing, automotive, and B2B businesses. Celebrating its 100th anniversary in 2018, the company has expanded globally and now operates 495 subsidiaries and 91 associated companies worldwide, recording consolidated net sales of 7.343 trillion yen for the year ended March 31, 2017. Committed to pursuing new value through innovation across divisional lines, the company uses its technologies to create a better life and a better world for its customers. To learn more about Panasonic visit http://www.panasonic.com/global. 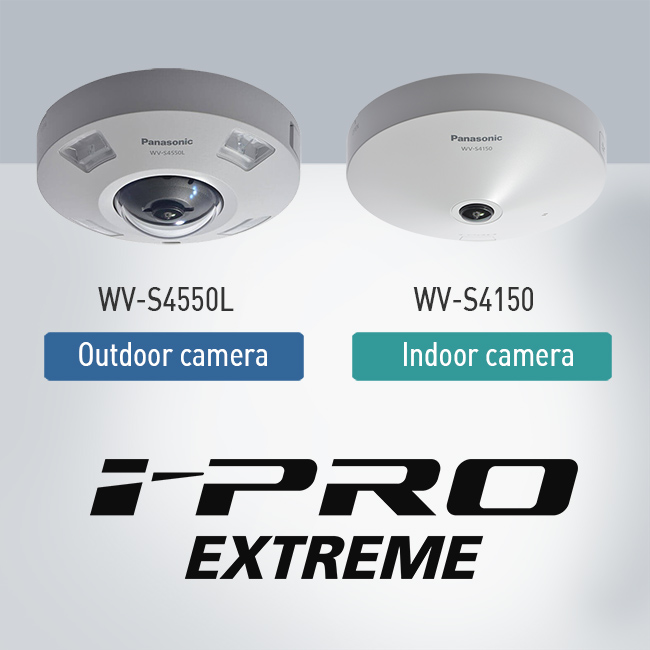 The two new 5-megapixel cameras are aimed at applications such as banking, retail, safe cities and logistics, and serve both security and marketing purposes, with field-upgradability via optional software to offer heat mapping (WV-SAE200) and high-precision people counting (WV-SAE303W).

The WV-S4550L weather-resistant outdoor camera and the WV-S4150 indoor camera deliver detailed images with 5 megapixel resolution up to 30 fps, feature Super Dynamic 108dB for backlit situations, and provide clarity from the centre to the rim of the fisheye image with minimal distortion. Panasonic’s Intelligent Auto (iA) monitors scene dynamics and motion to adjust key camera settings automatically in real-time, reducing distortion such as motion blur on moving objects.

“Inbuilt analytics tools such as heat mapping allow the user to identify where people move and stay within an area, while people counting provides statistics. In a retail context for instance, this can help measure the effectiveness of store layouts or sales promotions, or predict high traffic times when additional staff will be needed.”

Importantly, privacy can be protected when required through Panasonic’s people masking technology, which uses an MOR (Moving Object Removal) function to mask moving objects and to also conceal static areas that may be confidential. This ensures that a security system protects employee and customer identity when necessary, while remaining secure. MOR can be deactivated when reviewing footage of any security breach that may have occurred.

The new cameras are available in March from Panasonic distributor BGW Technologies.