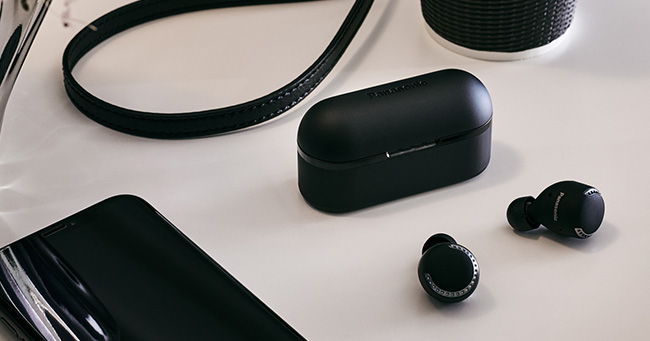 Panasonic has announced a firmware update for the RZ-S500W and RZ-S300W true wireless headphones along with application software to enhance functions and usability.
All programs will be available on October 6, 2020 and can be updated using the free “Panasonic Audio Connect” app.

The major functions to be updated are as follows:

Headphones capture a wider range of external sounds and the amount of white noise has been reduced.

The headphones’ blinking LED function can now be turned off.

New improvements within the ambient sound mode have made significant steps towards reproducing more natural sound. By redesigning the algorithms used to capture surrounding sonic elements, the headphones can now capture a wider range of frequencies than before. This has enabled a more natural sounding mix of music and surrounding sounds, and will bring a much improved ambient sound experience.

Before
The ambient sound mode focused predominantly on surrounding voices. 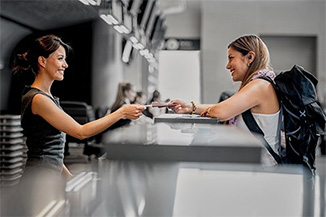 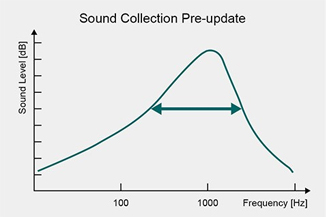 Only captured narrow range of sound around 1000 Hz (voices, etc.).

After
The ambient sound mode comprehensively captures voices and other surrounding sounds, leading to a more natural sound similar to not wearing headphones at all.

Captures wide range of sound from low to high frequencies.

The amount of white noise noticeable when using the ambient sound mode in a quiet environment has been reduced. Noise reduction rate (compared to previously):
RZ-S500W -25%/RZ-S300W -50%

The headphones’ blinking LED function can now be turned off.[ii]

How to set up 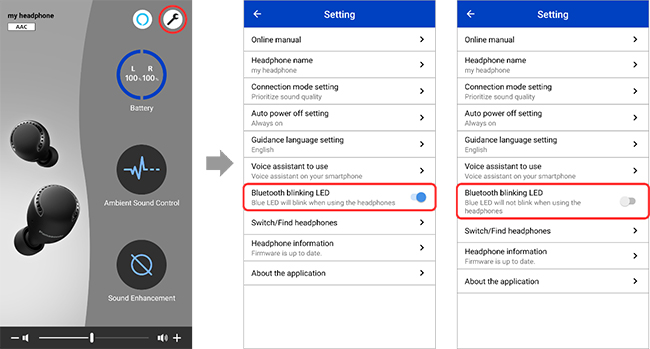 Charge both the left and right sides of the headphones to more than 70%. The update process will take approximately 15 minutes[iii] to complete. The file size is about 1.8 MB.

Checking the firmware version and updating

You can use the free “Panasonic Audio Connect” app to update the firmware of the connected headphones.

The app is compatible with smartphones and tablets that are equipped with Android™ 6.0 or higher and that support Google Play™, or an iPhone ®, iPad ® and iPod Touch ® equipped with iOS9.3 or higher. Images below are of the app on an Android™ device. The user interface will differ slightly on iOS, but the procedure is the same.

When the latest version of the firmware is detected, tap “Update”. 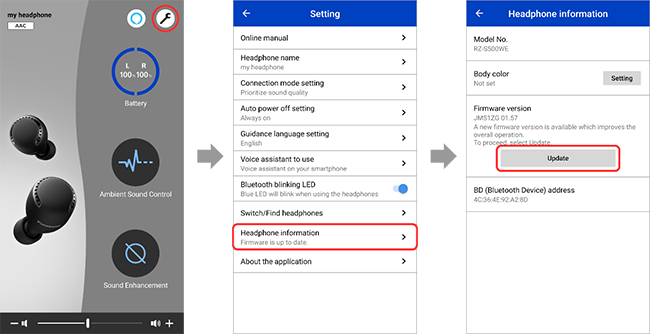 When you tap “Update”, the firmware is transferred to the headphones and the update will begin. Transfers may be interrupted or slowed down if music is being played or there is a call during the transfer. Start the transfer with the headphones outside of their charging cradle, set them down close by and do not operate them.

The update is complete when the main screen appears.

Functions, function names, and specifications are subject to change without notice.

iPad, iPhone, and iPod touch are trademarks of Apple Inc., registered in the U.S. and other countries.

Google, Android, Google Play, and other related marks and logos are trademarks of Google LLC.

The Bluetooth® word mark and logos are registered trademarks owned by Bluetooth SIG, Inc. and any use of such marks by Panasonic Corporation is under license. Other trademarks and trade names are those of their respective owners.

[ii]LEDs blink in default settings. Bluetooth blinking LED ON/OFF setting is effective only when the headphones are connected to a smartphone (when listening to music, on a phone call, when transferring firmware, etc.). LEDs will continue to blink when initially paired with a smartphone and when a call is received.

[iii] The update may take up to an hour depending on the device and internet environment.