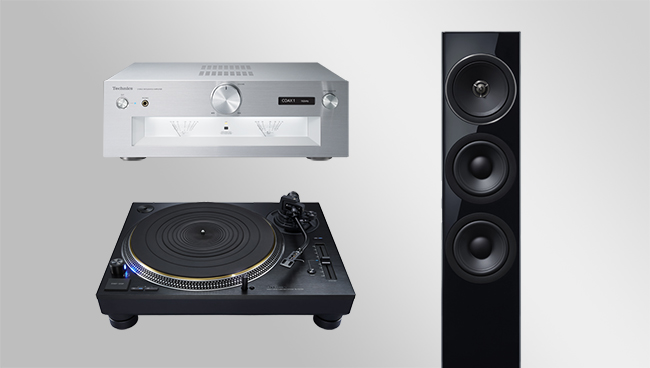 Together, the new models give enthusiasts the uniquely harmonious listening experience that only Technics can offer. The amplifier and speaker system will provide flawlessly matched and calibrated audio and can be co-ordinated with the newly-designed turntable. The new range encompasses:

Aaron Waters, Product Marketing Manager – Audio and Video, Panasonic said: “Since our first components landed earlier this year, there has been huge demand and enthusiasm from our retailers and loyal Technics customers. The introduction of this Grand Class range adds a new dimension to Technics in Australia.”

The new SU-G700M2 Integrated Amplifier builds upon the platform of its successful and widely acclaimed predecessor, the SU-G700. The new model is a typical example of Technics’ untiring efforts to constantly improve even its most accomplished audiophile products.

With the new SU-G700M2, advanced technologies derived from Technics’ Reference SU-R1000 Integrated Amplifier were trickled down to set a new standard at this price point. The SU-G700M2 inherits Technics’ full-digital core amplifier technologies, such as the JENO Engine (Jitter Elimination and Noise-Shaping Optimisation) for the highest signal precision free of jitter and distortion, and LAPC (Load Adaptive Phase Calibration) for optimal matching to any speaker. 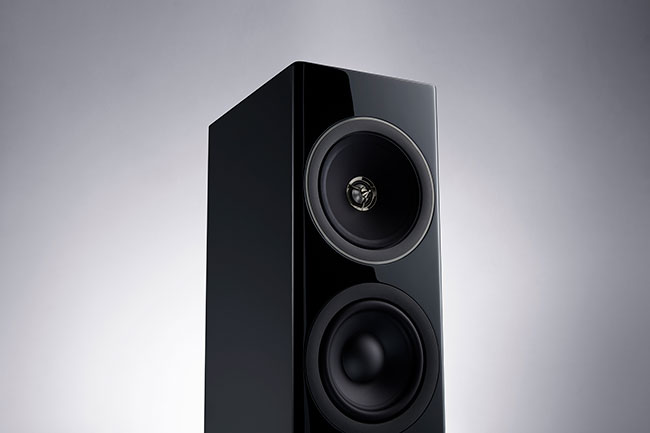 The new SB-G90M2 is a floor-standing loudspeaker in the Grand Class series. Like its predecessor, the SB-G90, the new M2 version is a 3-way bass reflex speaker system consisting of a 2-way coaxial driver combining a 25mm dome and a 160mm midrange cone made of aluminium. This is accompanied by two 160mm woofers, also constructed from aluminium. Due to meticulous research and development, Technics’ engineering team has yet again succeeded in improving audiophile performance quality through knowledge in mechanical construction and evolutionary driver design.

With the new SB-G90M2, thorough CAE analysis was used to optimise drivers, elements, and enclosure structures to efficiently eliminate unwanted vibrations and distortions. Consequently, Technics has significantly improved the already outstanding performance qualities of the SB-G90. The new SB-G90M2 loudspeaker system demonstrates Technics’ leading position in manufacturing musically involving products with one single goal: to express an acoustic performance as close to the original as possible, regardless of musical genre. Below are the technical enhancements of the SB-G90M2 loudspeaker system in comparison to its predecessor, the SB-G90:

Responding to requests from our customer base, the new SB-G90M2 now features bi-wiring speaker terminals. 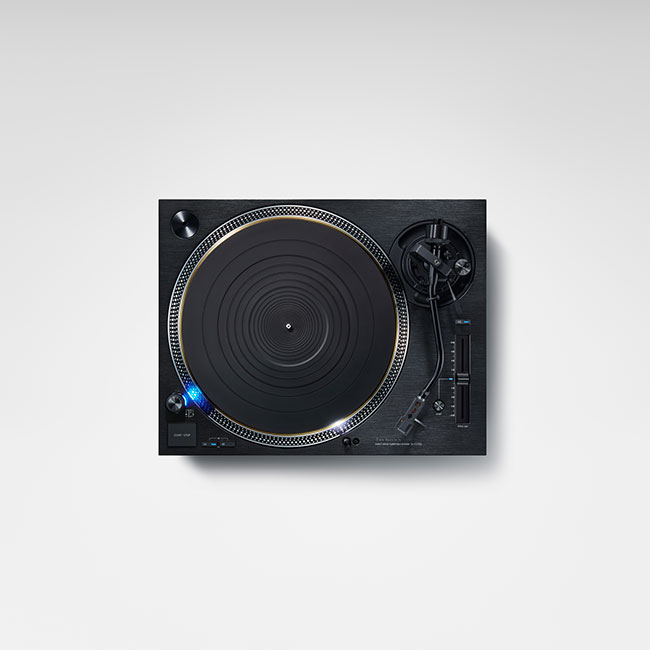 Taking all the technical specifications of the SL-1200G and encasing them in a minimalist black finish, the SL-1210G is another future Technics classic. Technics learned from the huge success of the limited-edition SL-1210GAE, which was launched in June 2020 and almost immediately sold out, realising there was high demand for a ‘regular’ black version of this flagship 1200 Series model. In its striking black finish, the new SL-1210G possesses genuine elegance.

The overall quality and performance level of the SL-1210G defines the highest turntable standards, deserving to be partnered with the very finest phono cartridges for truly inspirational vinyl playback.

Technics is the brand name of hi-fi audio products owned by the Panasonic Corporation of Osaka, Japan. The Technics brand was founded in 1965. Driven by a constant striving for innovation and excellence within the audio field, countless legendary hi-fi components have been released by the Technics brand, many of them setting new standards in the audio world. In the amplifier world, technologies such as OTL (Output transformer-less), OCL (Output capacitor-less), Class A+ or the Battery Driven Power Supply have been inventions by Technics and have gained legendary status. Since the brand rebirth in 2014, Technics has released amplifiers built on their proprietary full-digital approach based on the JENO Engine (Jitter Elimination and Noise-Shaping Optimisation), also applying LAPC (Load Adaptive Phase Calibration) for perfectly matching a Technics amplifier to any speaker connected.

The first-ever Technics product was a compact 2-way bookshelf loudspeaker system, released in 1965. It set new performance standards for compact speakers at that time. Since then, Technics has introduced many notable loudspeaker systems. In 1975, the SB-7000 founded the Linear Phase Technology which many speaker manufacturers later followed; while the SB-RX50 launched in 1986 can be seen as the forefather of Technics’ point source speaker systems with the Phase Precision Driver of today. The innovative, oversized AFP flat-panel monitors – due to their power and precision – were used at Vienna State Opera as stage monitor speakers, while the futuristic SST-1 folded-horn speaker system received entry to the New York Museum of Modern Art due to its exceptional milestone design concept.

About the Technics 1200 Series

The SL-1200 was launched as a popular direct drive turntable in 1972, becoming a best-selling model with cumulative sales of 3,500,000 units for the series. It was supported by powerful torque, easy operation, and high durability. It became greatly admired by both audio enthusiasts and DJs who helped to unleash the DJ culture in areas such as electronic dance music. The series is still highly acclaimed by DJs worldwide today. In 2016, after the revival of the Technics brand in 2014, Technics released the limited SL-1200GAE turntable, defining vinyl playback standards with the newly developed iron-coreless direct drive motor, eliminating unwanted “cogging”, and thus enabling a new standard of rotational stability. Together with evolutionary improvements in the fields of tonearm, platter and chassis construction, the new 1200 Series turntable generation made its way out of pure DJ usage towards the audiophile market with its high-quality integrity, accuracy, and musical enjoyment. Since then, Technics has released numerous turntable models in the new 1200 Series based on the coreless direct drive principle. The new SL-1210G, together with the SL-1200G, define the culmination of the Technics 1200 Series culture.