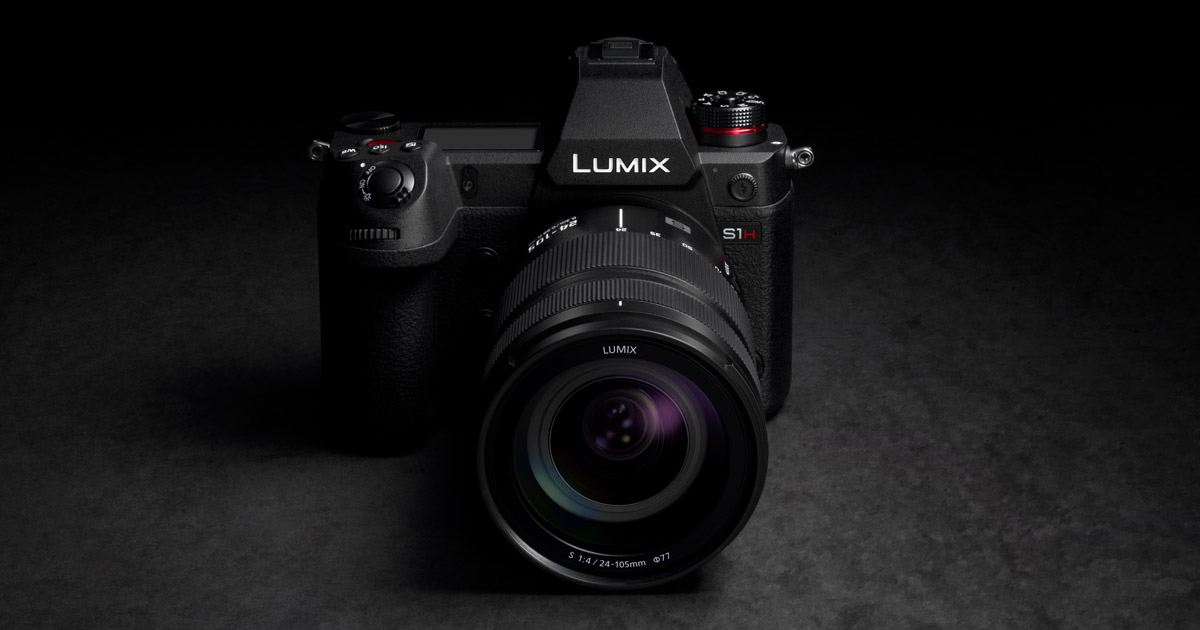 Panasonic is proud to announce the development of the LUMIX S1H, a new Digital Single Lens Mirrorless camera equipped with a full-frame image sensor. It is the world’s first camera capable of video recording at 6K/24p[i] (3:2 aspect ratio), 5.9K/30p (16:9 aspect ratio), and 10-bit 60p 4K/C4K[ii].

The LUMIX S1H combines professional-level video quality with the high mobility of a mirrorless camera. A prototype will be exhibited at the “Cine Gear Expo 2019”, the premier annual event for professionals engaged in the technology, entertainment and media industry, to be held at Paramount Studios in Los Angles, U.S., through May 30 to June 2.

The camera will be available in Australia in Spring 2019.  Local pricing will be announced closer to the release date.

Since the 1990s, when Panasonic first began developing video recording capabilities for digital cinema, the company has produced a host of innovative technologies for impressive cinematic imagery.  These include 24p video recording, slow motion video using a variable frame rate, and the wide dynamic range and color space of V-Log/V-Gamut.

The design of the new LUMIX S1H takes advantage of this vast expertise. It packs all of these technologies, especially in the field of digital signal processing and heat dispersion, into a compact, lightweight body to achieve both high performance and nimble mobility. This new camera opens the door to creative film production in ways that conventional, bulky camera systems simply cannot do.

The key features of the new LUMIX S1H are as follows:

1. High resolution up to 6K for multiple formats

By maximising the use of the pixels in the full-frame image sensor, the LUMIX S1H, as a digital camera, has achieved 6K/24p (3:2 aspect ratio) or 5.9K/30p (16:9 aspect ratio) video recording for the first time in the world. It is also the world’s first full-frame digital interchangeable lens system camera to enable 10-bit 60p 4K/C4K video recording. It accommodates a variety of recording formats, including 4:3 Anamorphic mode, to meet professional needs. Shooting in 6K enables higher-quality 4K output, and the ability to crop, pan or further stabilise in post-production while maintaining 4K resolution.

2. Rich gradation and a wide color space rivalling those of cinema cameras

The LUMIX S1H features V-Log/V-Gamut with a wide dynamic range of 14+ stops, in line with the dynamic range of the Panasonic Cinema VariCam, to precisely capture everything from dark to bright areas. Subtle gradations such as skin tones are faithfully reproduced. Designed with consistent color management in mind, the S1H’s recorded footage is compatible with V-Log footage recorded by VariCam or V-Log L footage recorded by the LUMIX GH5/GH5S, enabling an easier post production workflow.

Panasonic has focused its expertise in heat management to deliver non-stop video in every recording mode. This makes the S1H beneficial for every type of long form video shooting, including documentaries, interviews and events.

Panasonic has been working with film creators for over a quarter of a century to design and develop a number of cinema cameras, which has resulted in stunningly high video performance. The LUMIX GH1 made its debut in 2009 as the world’s first Digital Single Lens Mirrorless camera capable of full-HD AVCHD video recording.[iv] The LUMIX GH4 was launched in 2014 as the world’s first Digital Single Lens Mirrorless camera[v] capable of 4K video recording. And in 2017, the LUMIX GH5 was released with the world’s first 4K/60p, 4:2:2 10-bit 4K/30p recording capability[vi]. The LUMIX GH5 is highly acclaimed by film creators for its high performance, excellent mobility, and superb versatility in film production.

Panasonic now offers three innovative models in the LUMIX S Series of full-frame Digital Single Lens Mirrorless cameras – the S1R, the S1, and the new S1H. The LUMIX S1R is ideal for taking high-resolution pictures, the LUMIX S1 is an advanced hybrid camera for high-quality photos and videos, and the LUMIX S1H is designed and developed especially for film production. With this lineup, Panasonic is committed to meeting the demands of a broad gamut of imaging professionals.

Visit the LUMIX S Series page to find out more.

Watch footage filmed on the LUMIX S1H, below:

[iii] Recording time varies depending on the battery capacity and memory card capacity. When the camera’s temperature rises above the specified operation temperature, the camera may automatically stop video recording to protect it from heat damage.

[iv] As of March 25, 2009, as a digital interchangeable lens system camera. Panasonic research.

[v] As of March 25, 2014, as a Digital Single Lens Mirrorless camera. Panasonic research.

[vi] As of January 25, 2017, as a digital interchangeable lens system camera. Panasonic research.