Panasonic has announced the LUMIX FZ1000 II, a new hybrid bridge camera that upgrades the capabilities of the original ground-breaking DMC-FZ1000, with crystal-clear imaging, creative 4K features and responsive shooting.

The LUMIX FZ1000 II is also superior in response, to capture the fleeting moment. Featuring Panasonic’s DFD (Depth From Defocus[i]) technology, the camera has ultra high-speed auto-focus of approximately 0.09 seconds. High speed burst shooting is available at up to 12 frames per second (AFS), and 7 fps (AFC) for around 100 JPEG / 26 RAW images. The FZ1000 II has a maximum mechanical shutter speed of 1/4000 second which increases to 1/16000 second when using the electronic shutter.

For precise focusing, a new OLED LVF (Live View Finder) offers 2,360k-dot high resolution with approx. 0.74x (35mm camera equiv.) magnification and 100% field of view. The 3.0-inch 1,240k-dot free-angle rear monitor now has touch control so focus can be set and enlarged at the touch of a fingertip.  For framing versatility, the monitor rotates 180° to the side and tilts 270° up and down. The menu is also upgraded to enhance ease of use.

“The original philosophy for this series was class-leading imaging, and the FZ1000 II builds on this with new capabilities to support the creation of stunning shots, including expanded 4K features, an upgraded high-resolution LVF and precise touch focus.”

Images can be shared in the field with smartphones, using Bluetooth 4.2 Low Energy connection and Wi-Fi®, and the FZ1000 II offers convenient USB charging.

The FZ1000 II is priced at $1399rrp and will be available in Australia in April 2019 from photographic specialists and consumer electronics retailers.

Powerful MOS Sensor and Venus Engine
The camera incorporates a 1-inch High Sensitivity MOS sensor with 20.1-megapixel resolution. This large sensor results in a dramatic reduction of noise, even when shooting at ISO 12,800. The Venus Engine quad-core image processor supports this with technologies designed for a stunning imaging result. Excellent noise reduction and detail processing achieve a maximum ISO 25,600 (Extended), the aperture filter adjusts sharpness according to the frequency level to preserve fine detail, each colour is precisely evaluated, and gradation is smooth and natural.

Intuitive Control
The high-resolution LVF offers an eyepoint of around 20mm, so it’s comfortable and effective to use for glasses-wearers. The camera’s front/rear dual dial system enables direct setting of shutter speed and aperture. Frequently-used functions can be assigned to a total of 13 Fn buttons including three new buttons on the lens barrel and five on the touch control menu.

Creative shooting
The FZ1000 II backs its excellent imaging with Panasonic’s 4K suite. Panasonic has made it easier to select the best shot from hundreds on a reel with Auto Marking, which highlights images that contain movement or faces. In addition, the in-camera Sequence Composition function allows a sequence of images to be shown within one shot – for example the trajectory of a motorbike jump, the arc of a diver leaving the board, or the movement of a dancer.
Other 4K capabilities include 4K Photo with 4K Pre-burst mode which shoots 30 frames per second before and after the shutter is released. Post Focus mode allows the user to choose the focal point of an image after the shot has been taken, while Focus Stacking combines focal points to achieve complete foreground to background focus.
For creative photography that’s reminiscent of classic black and white film, L.Monochrome and L.Monochrome D modes in Photo Style make it possible to shoot dynamic black and white photos with emphasised highlights and shadows, while keeping detail. The grain effect can be adjusted between High/Standard/Low for more creative shooting.
Bracketing modes available include focus, aperture, exposure and white balance bracketing. Focus bracketing allows the user to capture up to 999 shots at different focus points with just one shutter press – ideal for shooters who want maximum image quality and the ability to stack focus in post-production. With aperture bracketing, at a single press, photographers can quickly capture multiple shots at varying depth of field.

The camera has a battery life of around 440[ii] shots per charge, and the new eco 30 fps mode ensures that users can shoot up to around 430 images when using the LVF. 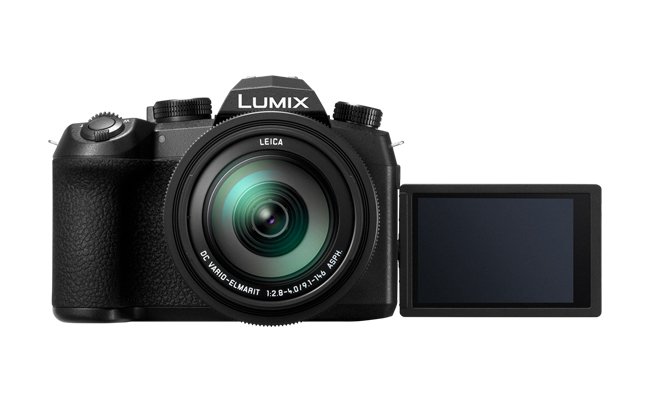 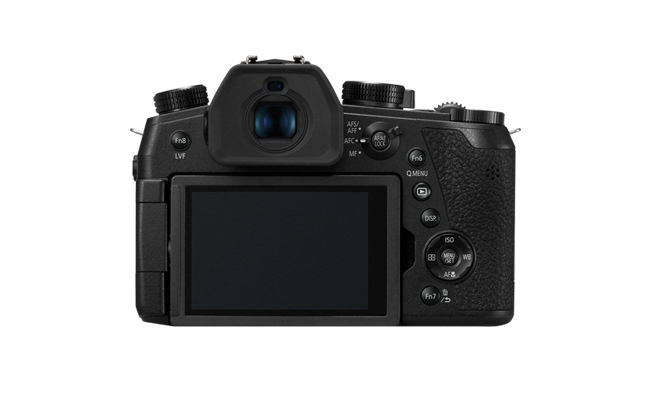 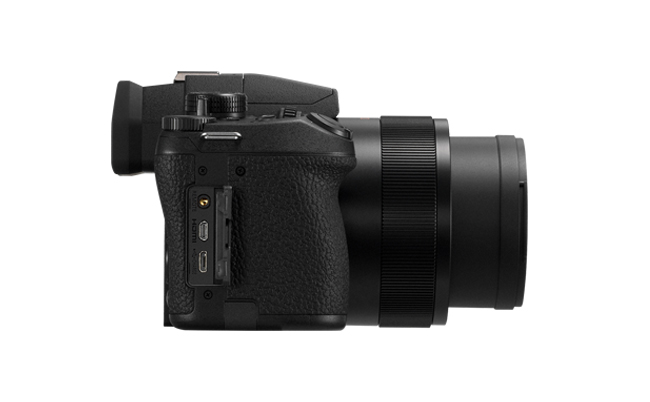 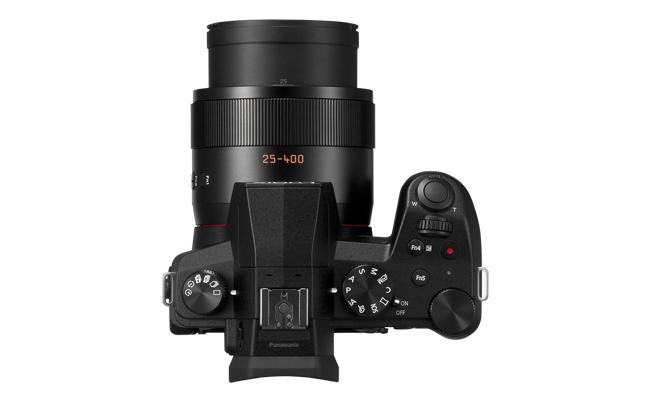