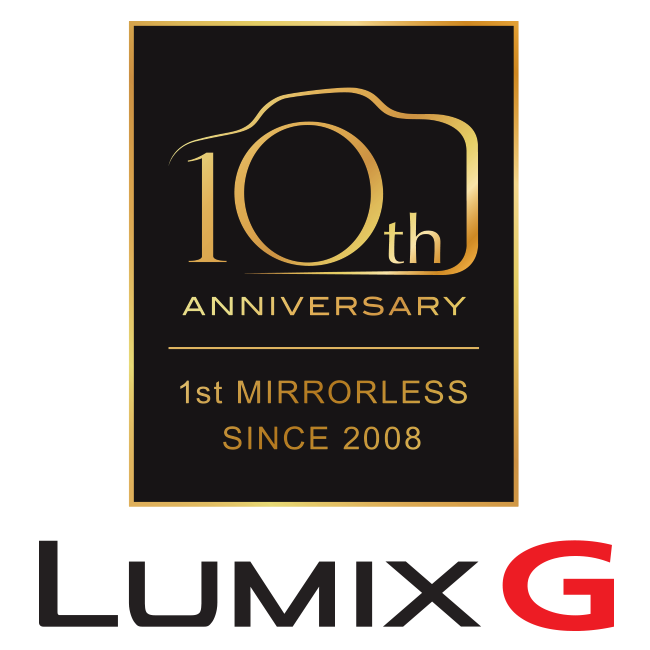 The year 2018 marks 10 years since Panasonic introduced the world’s first Digital Single Lens Mirrorless Camera, the LUMIX DMC-G1, in 2008i.

Panasonic is a pioneer of the mirrorless camera and has led the market in pursuing unique technologies for high picture quality, high performance, high-speed response and video recording capability.

Ground-breaking LUMIX achievements include the development of the LUMIX GH4, which enabled the world’s first 4K video recording capability in a mirrorless cameraii; the introduction of Dual I.S. (Image Stabiliser) with the GX8; and 6K PHOTOiii, released with the GH5, delivering high-speed burst shooting at 30 fps in 18-megapixel resolution with no time restrictions.

Paul Reid, Managing Director, Panasonic Australia, said: “’LUMIX G’ has seen amazing evolution in just ten years, with the release of 30 camerasiv and 34 lenses. This level of innovation is a testament to the skills of our global LUMIX design team.”

“A significant element of LUMIX R&D is taking feedback directly from photographers, and challenging ourselves to refine each new camera to meet even higher standards. I’m excited to see what the next ten years will bring.”

Panasonic has recently expanded its lineup of cutting-edge digital cameras with world-acclaimed flagship models: including the LUMIX GH5, the ultimate hybrid camera; the LUMIX G9, which boasts uncompromising performance for still photography; and most recently the LUMIX GH5S, which brings the highest-ever sensitivity and video quality to the LUMIX range. Panasonic will continue to focus on developing high-end digital cameras that meet the stringent standards of professional photographers and video creators.

Guided by the vision of “Changing Photography”, LUMIX will continue the development challenge over the next 10 years to further promote the company’s position as an industry innovator and introduce a steady stream of exciting new technologies.

i For a Digital Interchangeable Lens System Camera, as of 31 October, 2008 (Panasonic survey).
ii For a Digital Single Lens Mirrorless camera as of 4 January, 2017 (Panasonic survey).
iii 6K PHOTO’ is a high speed burst shooting function that cuts a still image out of a 4:3 or 3:2 video footage with approx.18-megapixel (approx. 6000 x 3000 effective pixel count) that the 6K image manages.
iv Including the GX9.